Of course we install data networks in the commercial environment; however we also regularly install data in new homes as well. Typically alongside the TV points & in most rooms we would install a 2nd networking outlet along with a telephone point. All these network outlets run back to a data cab usually positioned under the stairs. At this position you have a telephone outlet and a power socket allowing you to connect your broadband router.

The broadband router can then be patched into the data cab gigabit networking switch which will distribute internet connection to all of your networking points. This allows you to easily connect your Smart TV, Sky+ Box, Play-station etc to the internet at much better speeds than Wi-Fi. 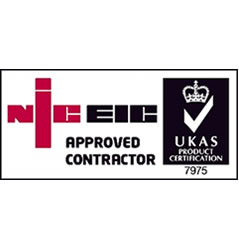 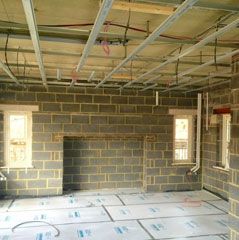 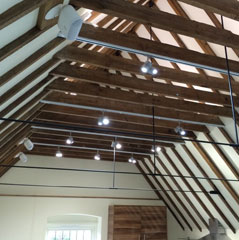 What Our Customers Say About Us

We have been working closely with Mastronik for many years now. In fact, I have known Andy for almost 25 years. Their attention to detail is extraordinary. This, coupled with boundless enthusiasm and a very good sense of humour makes using Mastronik not only a good business choice but a real breath of fresh air. CA, Production Manager - Telecommunications manufacturer

'Mastronik Systems Ltd has been manufacturing our board production for the last few years, and of late some of our cable assemblies as well. The quality of the products supplied has been exceptional and the level of services received has been excellent. I think the thing that sets them apart from the pack is not only their very consistent quality standards, but also the friendly help and input given in assisting us to continue the improvement of our products. I have no hesitation in recommending Mastronik Systems.' MS, Operations Manager - Control Systems manufacturer

'Mastronik Systems Ltd manufacture the boards for all of our ........ range of products. The service is always great despite my very unreasonable requests from time to time. Mark is always happy to help. Keep up the good work' AA, Purchasing Manager - Entertainment and leisure sector

'I would really like to thank you for your excellent service and help during the build of our new home. Our particular thanks to Tom and Jim for the hands-on stuff, but also to the whole team for all their assistance in bringing the project to such a brilliant conclusion. I have no hesitation in recommending Mastronik Installations to others. Thanks again, chaps.' TD Bedford

'I am pleased to say we have now completed the first phase of the office and workshop build. As I mentioned to Andy, we are delighted with your company's attitude to business and look forward to working with you on phase two of the project in the coming months. If the other trades had responded in the same way I would have less grey hair!' JT Greenford